Dr. William (Bill) Martin Womack was born in Lynchburg, Virginia on June 14, 1936 to Fannie Smith, a teacher, and Samuel Womack, a school principal. At the age of 5 he announced he wanted to be a doctor. Bill was an avid reader and excelled in academics. He graduated as valedictorian of both his high school class at age 16, and his Lincoln University class at age 20.

At Lincoln he was a member of the Alpha Phi Alpha fraternity (the first intercollegiate Greek-letter fraternity established for African American men, founded in 1906). He sang in the Glee Club, performed in plays and was part of the chemistry and philosophy clubs. He was named “Most Likely to Succeed” and also earned the title “Mr. Lincoln” for his academic success and charismatic personality.

The 1954 Brown vs. Board of Education ruling ended racial segregation in public schools, allowing his admittance in 1957 to the University of Virginia (UVA) Medical School. He was one of the first African American medical students to attend UVA. Despite major challenges due to racism, he made the Dean’s List and received his medical degree in 1961 at the age of 25.

After graduating, a UVA faculty member encouraged him to apply for residency at the University of Washington (UW). Bill was accepted into the UW Medical School residency program as one of the first and only African-American trainees, and moved to Seattle. There he met a young French-Canadian nurse, Mariette Poirier, whom he married in 1965.

After his psychiatry residency he joined the Navy and was stationed in Guam for 2 years during the Vietnam War as the senior psychiatrist at the naval hospital. He later had an assignment at Treasure Island in San Francisco, and attained the rank of Lieutenant Commander. In 1969 he became the first African American to join the UW Department of Psychiatry faculty. He and Mariette adopted their only child, Lisette, in 1970.

Bill had a remarkable career in child psychiatry that included work for the University of Washington, Harborview Medical Center, Echo Glen Children’s Center, Seattle Children’s Hospital and Odessa Brown Children’s Clinic. Bill served as Division Chief for Psychiatry at both Harborview and Seattle Children’s. He was a pioneer in juvenile justice, the needs of homeless youth, and the rights and care of LGBTQ youth and adults.

Bill co-founded the Biofeedback and Stress Management Clinic at Seattle Children’s with colleague and good friend Dr. Mark Scott Smith, using relaxation and mental imagery techniques to help kids manage pain and health crises. He was well respected for his work at Echo Glen, a juvenile detention facility, where he bridged the gap between community psychiatry and juvenile justice. Over the years, Bill helped countless Seattle area individuals and families, and made a lasting impact in his field.

Bill also helped to advance LGBTQ issues in child psychiatry on a national scale. He was a member of the Association of Gay and Lesbian Psychiatrists (AGLP) and co-founder of the Lesbian and Gay Child and Adolescent Psychiatric Association (LAGCAPA), now known as Pride CAPA. He was particularly proud of his work with this groundbreaking organization, serving as President and holding various officer positions over the years. In a tribute to Bill’s work, the organization stated that “he was a true pioneer – someone whose bright smile and infectious laugh made all who encountered him feel welcome and included. Dr. Womack’s contributions made the lives of LGBTQ youth better through his brave advocacy within AACAP, during a time when gender/sexuality/LGBTQ issues were still not a part of mainstream thinking within the profession.”

Along with his professional accomplishments, Bill was a skilled cook, avid wine connoisseur and world traveler. He especially enjoyed frequent trips to New York City, where he would attend several shows on Broadway. He loved Jazz, seeing many of the greats on stage. He also loved sharing great meals with great company. He was known for his patience, kindness, generosity – and his unforgettable laugh.

Bill officially retired in 2007 and became Professor Emeritus of Child & Adolescent Psychiatry at the University of Washington. After retirement, Bill continued to work as a consultant until 2015 when he moved into the Horizon House retirement community. Despite health challenges, he enjoyed visiting with family and friends, going to restaurants and shows, and taking trips with his daughter to Brazil, France, Portugal and the Caribbean.

Bill died peacefully of natural causes on November 29, 2020 and was cremated on December 8. He was 84 years old. He is survived and greatly missed by his daughter Lisette Austin, son-in-law Will, grandson Zane, cousins Marshall McDonald, Deborah Womack, Phillip and Scott Branford, former wife Mariette, extended family, and countless friends and colleagues.

Give in Bill's honor

Left us November 29, 2020
His kind heart, patience, generosity, brilliance, humor, friendship and infectious laugh are deeply missed. His essence and energy live on through the many lives he touched. We will never forget him.

Always in our hearts

Forever in our hearts 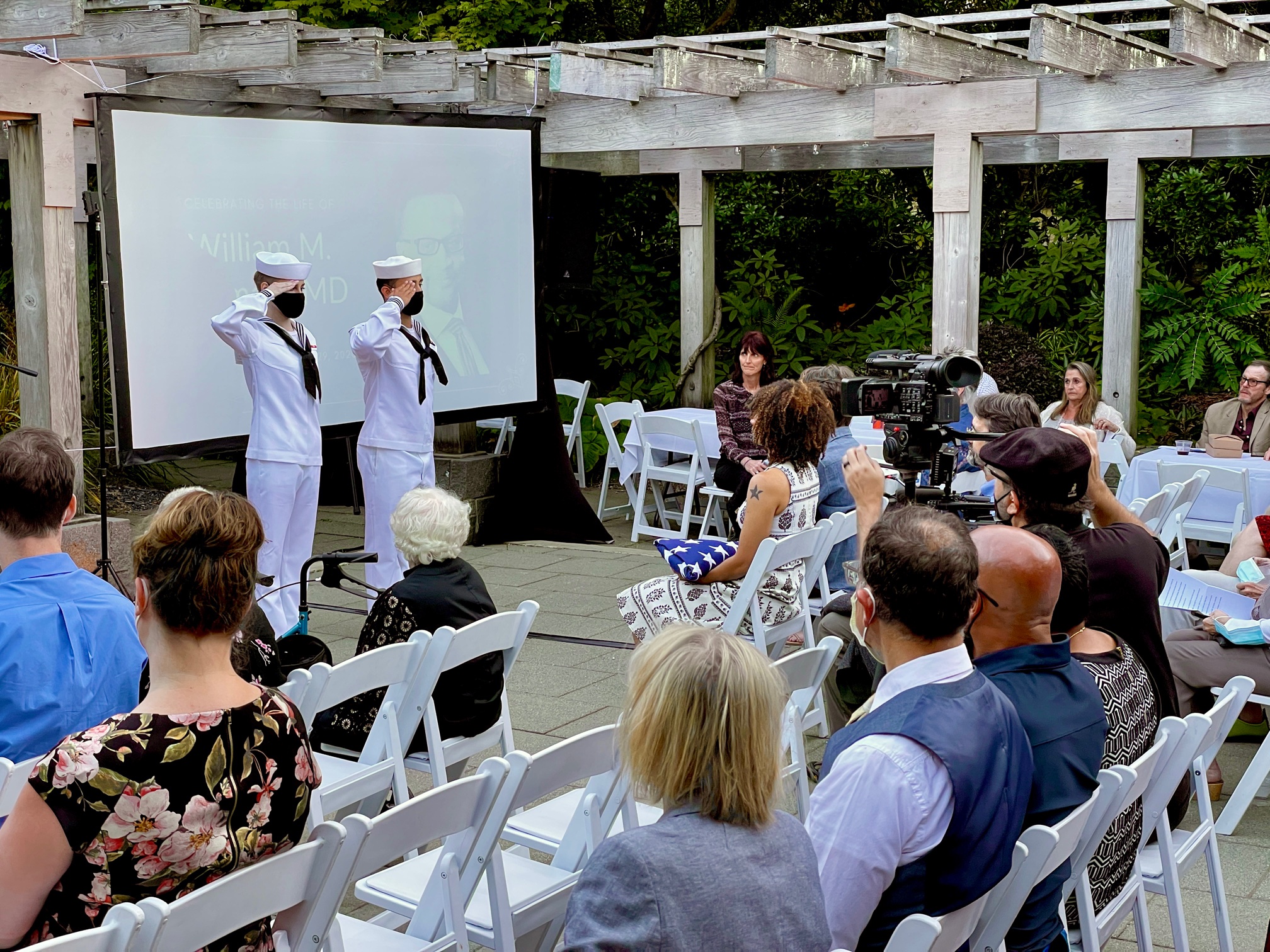 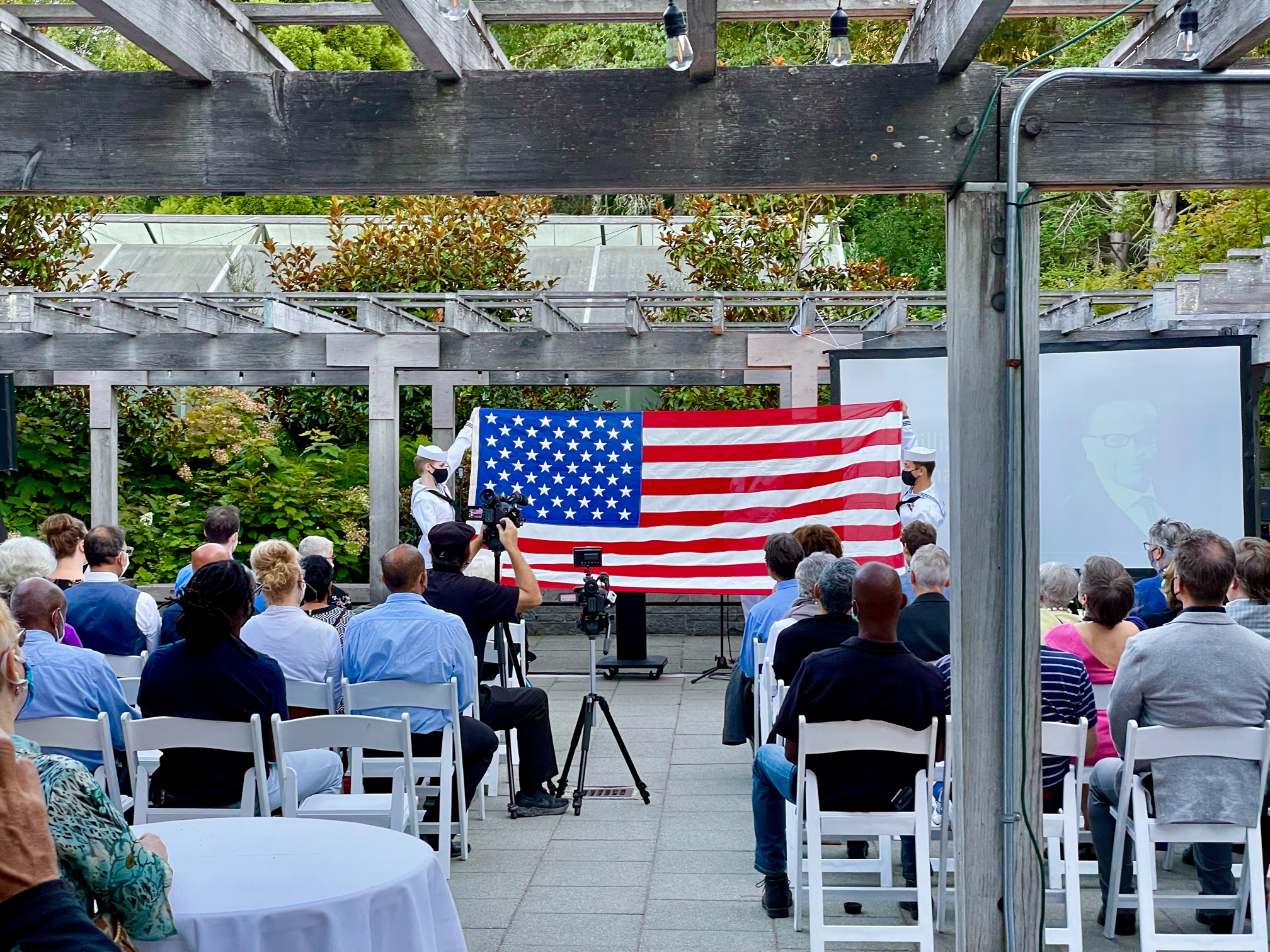 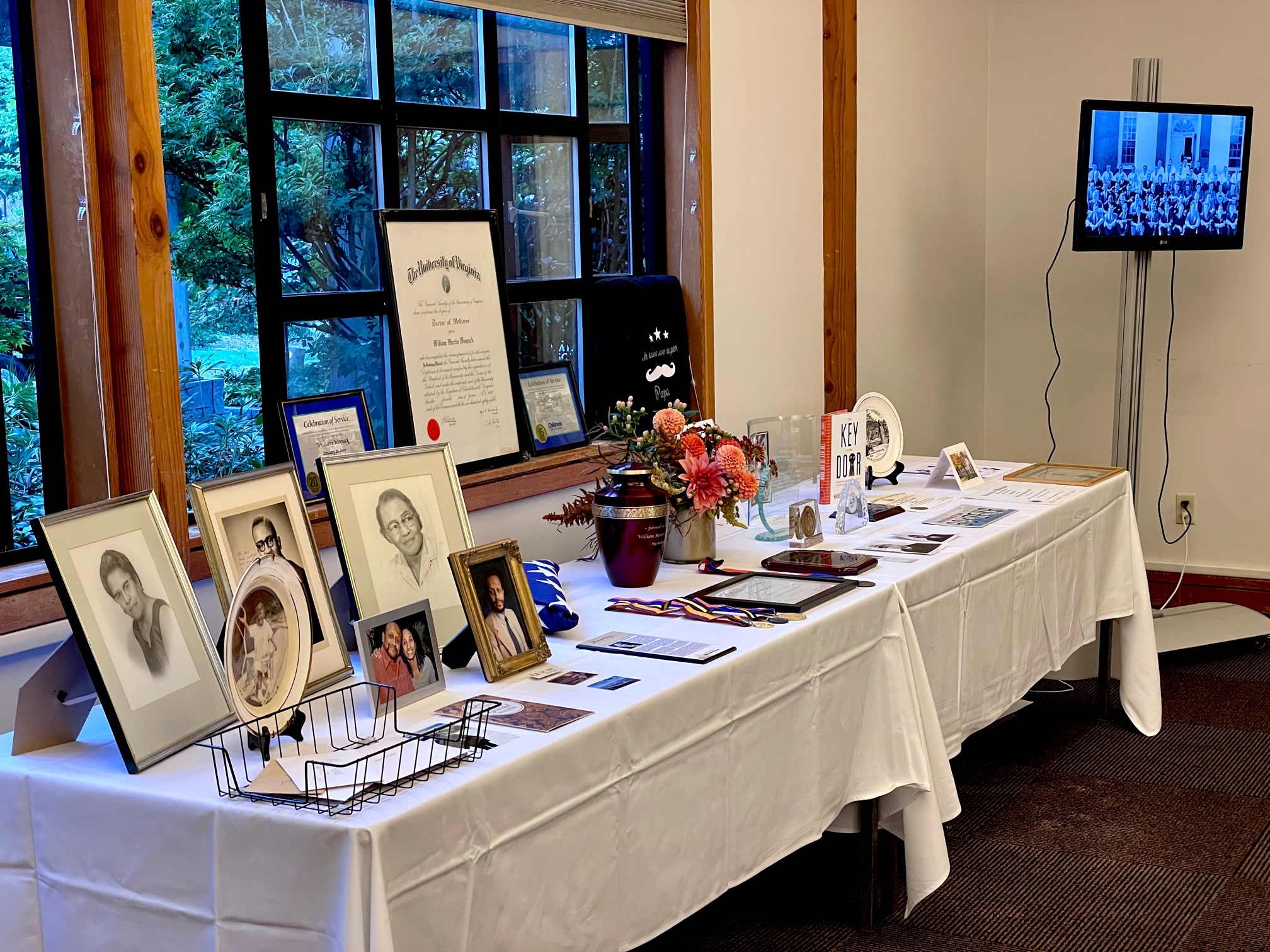 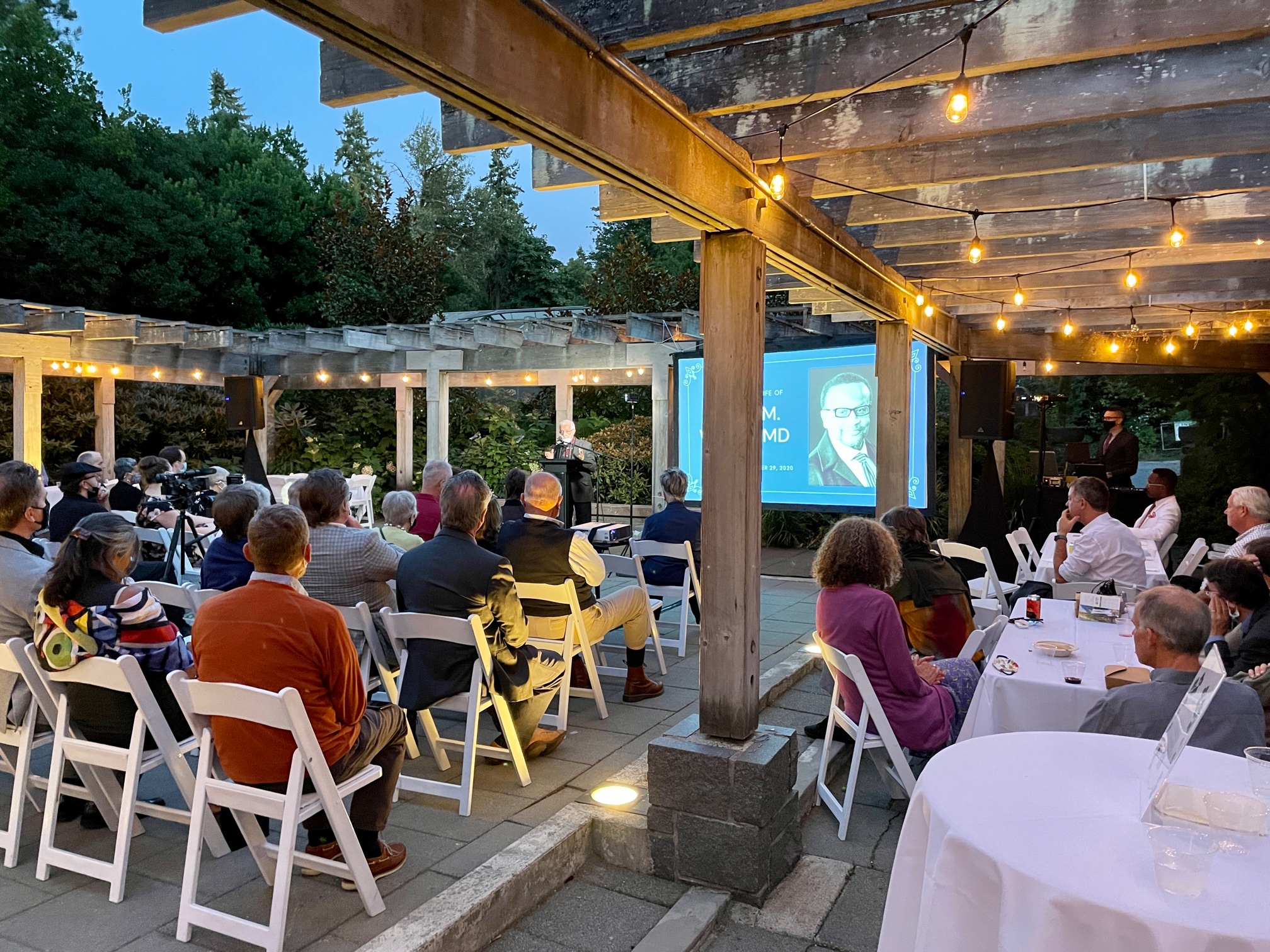 Friends and family share their memories and stories about Bill. If you have something to contribute, we invite you to share your story.

Facebook post - November 29, 2020With profound sadness and heartbreak I must announce that my beloved Papa left this world peacefully this morning at 9:47 am. Sadly, I was not able to visit him in the hospital or be there the exact moment he passed due to...

Letter to Bill I sat for a while this afternoon and stared out at the rain pummeling my deck  and streaming down the murky window pane. The amber leaves of the maple tree above the rooftop next door are finally letting go. Twisting and turning in the blustery...

Bill supported my career as a school psychologist at Parent Child Clinic in the Central district of Seattle and I miss him dearly for his encouragement!

We'd love for you to share your story about Bill and the impact he made on your life, career and/or organization. Please complete and submit the form below and we will add your story to our collection.